Soldiers of the Press - Single Episodes 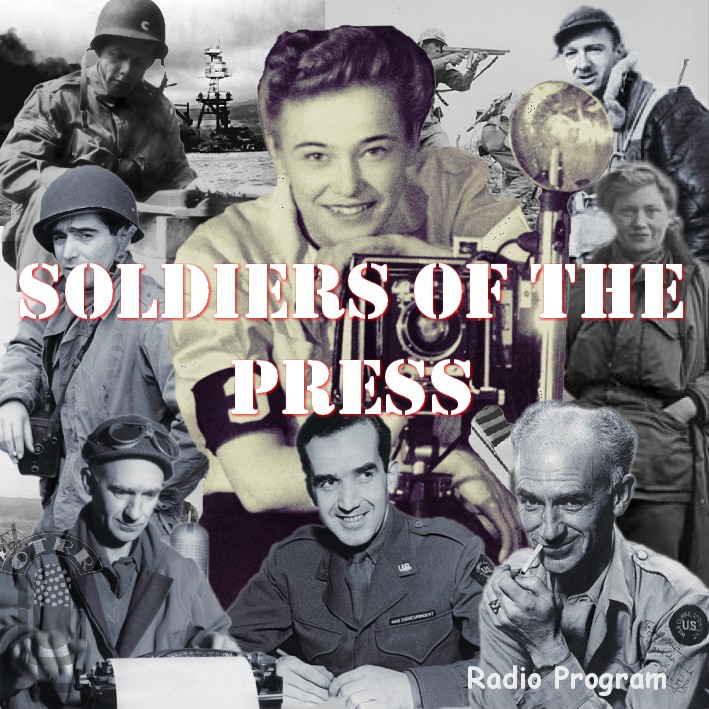 Soldiers of the Press - Single Episodes

SOLDIERS OF THE PRESS

Soldiers of the Press is a war drama that was created in New York and syndicated by World Broadcasting System. Little is known about the series or the total number of episodes. Each episode is 15 minutes long and retold a recent news story from action during World War II. The series was narrated by United Press correspondents including Walter Cronkite, Harrison Salisbury, and many lesser knowns such as Ralph Teasdale and Ann Stringer. The show was broadcast on WOR from 28 Feb 1943 until 5 Aug 1945 on Sundays at 12:30pm. There are at least 39 episodes in circulation out of the 148 known to exist.

This is the Single Episodes Page. The Maintained Set includes extras not found here. It is located at OTRR Certified Set. This Single Episodes page is provided in case you want to sample the shows. Note that in many cases, file names have been modified from the original OTRR names to conform to archive.org naming requirements.

OTRR Soldiers of the Press

- Old Time Radio Researchers Group
Reviewer: bstepno - favoritefavoritefavoritefavorite - January 18, 2017
Subject: Correct intro note
I thought this was fixed years ago by OTRR:
The actual United Press reporters did not play themselves in this series, according to Walter Cronkite, who was interviewed about the program on NPR.
They were still off in the war zones while the programs were made by (NY?) studio actors, sound effects folks, etc. , with scripts based on stories the reporters had filed for use in U.P.-subscriber newspapers. The series was a U.P. promotion in its lively competition with A.P.

And, for Cronkite's sake, spell his name right!